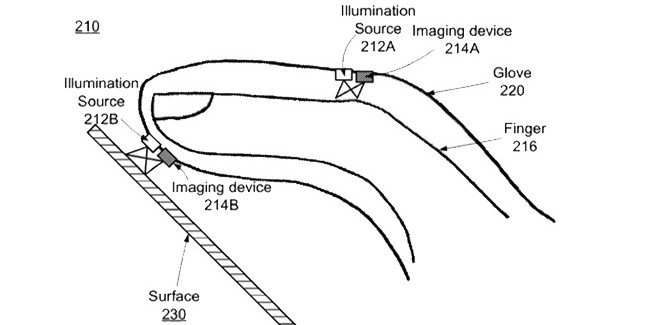 Oculus appears to be pushing for a new and innovative way that we interact with the virtual world. The idea that users could experience a much greater sense of hand presence in the Rift with the use of a glove-like device is a concept for the Oculus platform that is starting to gain traction.

Just recently, we reported on an Oculus’ patent for a system that would provide user’s more accurate and effective tactile feedback in their VR experiences. And now, it looks like there is a new patent filed by Oculus that relates to a pair of VR gloves, as reported by UploadVR.

According to the new patent application filed with USPTO by Oculus, the Oculus Research and Development team has designed a unique tracking system that utilizes optical sensors integrated with a glove to capture a user’s fine, precise finger and hand movement.

Here’s what the patent reads in regards to the system:

The system includes an optical sensor integrated with the glove, and the optical sensor is configured to capture a plurality of images of the illuminated portion of skin. The system includes a controller configured to identify differences between one or more of the plurality of images, and to determine estimated position data based in part on the identified differences.”

As with most patents, this does not necessarily mean we will ever see this concept realized in an actual product. However, one thing that remains certain is that the Oculus team continues to focus attention on developing a form of hand control technology that aims to enhance the user’s VR experience in the Rift.