Oculus Platform Gets Social with 'Avatars', 'Parties' and 'Rooms' 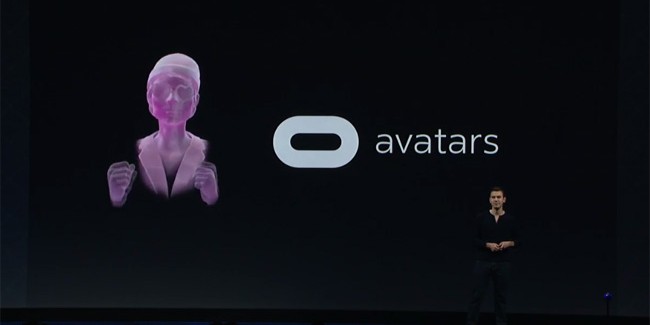 Oculus announced a new avatar system during its Oculus Connect 3 developer conference that will offer Rift and Gear VR users a more social and immersive presence in the way they interact and engage with each other inside of the virtual world.

Oculus Avatars will allow users to create a customized version of themselves to represent their personal identity in virtual reality. With its user-friendly avatar editor, users will be able to easily change their virtual appearance and create an avatar that captures the essence of their unique style and personality from a selection of more than 1 billion permutations of clothing, accessories, hair, face shape, textures, and a range of color choices.

In addition, Oculus also introduced two other new social features: Parties and Rooms to its platform. With Oculus Parties users will be able to connect with up to eight people from anywhere in VR to take part in a group voice call. Oculus Rooms essentially takes it a step further by bringing together up to eight people into the same virtual hangout space where you can socialize, watch TV, listen to music and even play mini-games.

So far, it looks like Oculus has developed a pretty solid foundation with Avatars, Parties, and Rooms to enhance its platform with more personal and social interactions. It will be interesting to see how these new social applications continue to improve and evolve over time once it’s officially released.

Avatars will be available for the Oculus Rift alongside the Touch launch on December 6th and for mobile in early 2017. As for Parties and Rooms, both are expected to ship to the Gear VR in the coming weeks, with the Rift launch slated for early 2017.