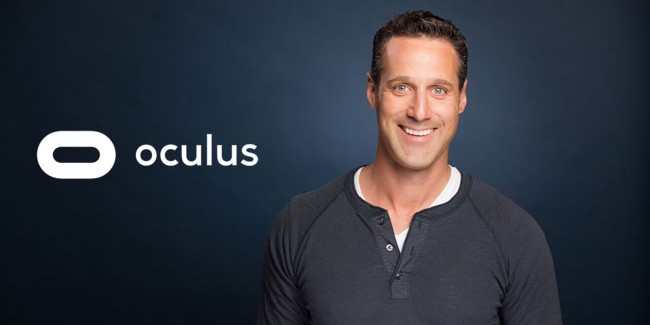 Today, Oculus announced the promotion of Jason Rubin to take on the new role of Head of Content at the company after serving two years as Head of Oculus Studios.

Prior to joining the company in 2014, Rubin was best-known for his work on the popular video game franchises Crash Bandicoot and Jak & Daxter, as well as a co-founder of Naughty Dog and former THQ president.

Oculus CEO Brendan Iribe made the announcement via Facebook and noted that Rubin will oversee the development and publishing of all VR content coming to the Oculus Rift and Gear VR, which incorporates a wide variety of content ranging from videos, apps, experiences, games, including content in production at the company’s own in-house cinema division, Oculus Story Studio.

Furthermore, Iribe confirmed that Steve Arnold, who also joined Oculus in 2014, is replacing Rubins’ previous position as the Head of Oculus Studios. Arnold served as Head of Production at Oculus prior to taking on his new role at the company.

Rubin in his new role will work closely with Arnold, along with Jason Holtman the Head of Publishing, and Robert Stevenson the Head of Content Strategy, in an effort to bring exciting new content to the Oculus platform.

“We have an incredible team building the best VR content across mobile and PC platforms.” Iribe expressed in his post. “Thrilled to see what they ship next!”

This week Oculus has a huge presence at E3 2016, where it is showcasing its consumer Rift headset and upcoming games using the Oculus Touch motion controllers. While no specific release date has been announced yet, Oculus has promised to reveal more details on Touch later this fall.