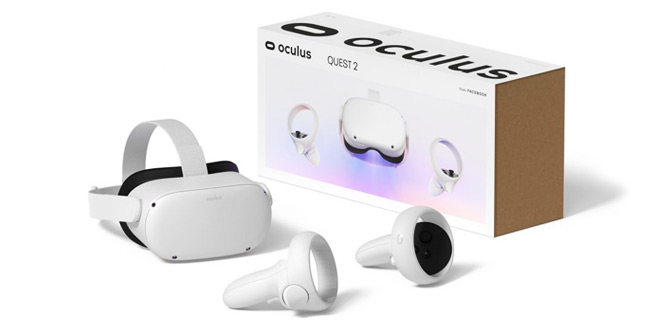 It was just last week Facebook officially announced its highly-anticipated Oculus Quest 2 and opened up pre-orders for the new standalone headset ahead of its October 13th release date. Now, it looks like the Quest 2 is already beginning to sell out.

According to shipping dates on the official Oculus website, the Oculus Quest 2 is showing new orders for both the 64GB and 256GB headsets estimated to be delivered sometime around November 3rd in the US, which is 3 weeks backordered from the original October 13th launch date.

It also appears some other countries are experiencing backordered delays, as well. If you live in Canada, you can expect to get your hands on either model of the Quest 2 headset around November 10th, roughly 29 days from the release date. In the UK, the 64GB version is pushed back to October 20th, whereas the 256GB version delivers on November 3rd. Of course, keep in mind, that these estimated delivery dates are all subject to change at any time.

Meanwhile, other third-party retailers, such as Amazon, Best Buy, and Walmart appear to be stocking on Quest 2, so it’s possible you still could get a preordered headset just in time for launch day. If you’re looking to get an Oculus Quest 2 as soon as it’s released, then your best bet is to preorder from one of these retailers now while supplies last.

Facebook is anticipating higher sales volume for Quest 2 compared to the original Quest, so hopefully, the company and its retailers will have plenty of Quest 2 headsets in stock leading up to this holiday season.