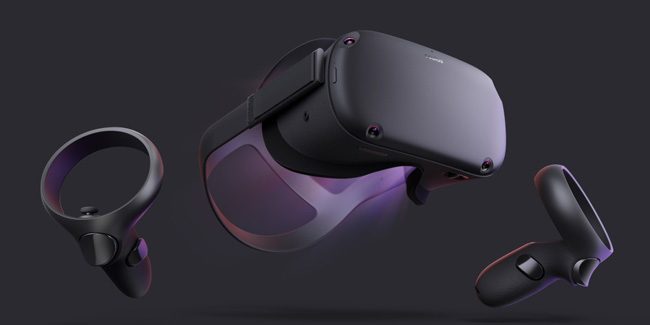 If you’re looking to get your hands on an Oculus Quest this holiday season you may be out of luck, as it appears that due to high-demand the popular standalone VR headset has sold out across several online retailers and is listed as ‘backordered’ in the U.S.

According to the Oculus website, new orders of both the 64GB and 128GB variants of the Oculus Quest “all-in-one” headset, which currently go for a price tag of $399 and $499 respectively, are not expected to ship out to customers until possibly mid-February 2020. The boost in demand for Quest this holiday season also follows the recent release of the Oculus Link cable that lets you connect Quest to directly a PC, allowing users to access and play a wide range of high-end games the Oculus Rift library has to offer.

While there are some other alternative options, such as on eBay and third-party, independent sellers that have the Oculus Quest available for purchase, you may find the prices are set around $200-$300 higher than the regular MSRP for either the 64GB or 128GB version of Quest due to increased supply and demand for this year’s hot item.

It’s worth noting that even though online retailers are showing the Quest out of stock, you may want to consider heading over to one of the local brick-and-mortar retail partners, like Best Buy, Walmart, MicroCenter, or GameStop, to check if they still may have some Oculus Quest headsets remaining in stock today.