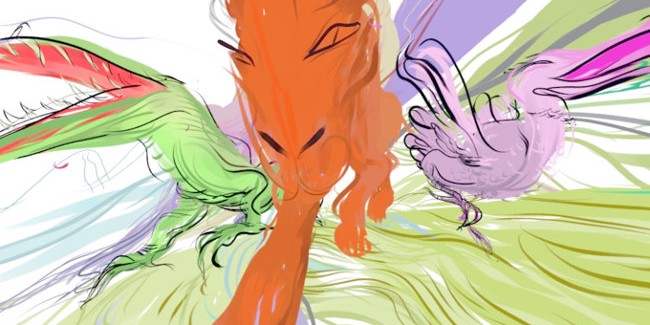 During this week’s Sundance Film Festival 2016, Oculus unveiled its new internal creation tool, Quill, that allows illustrators to express their creativity by painting entire scenes in virtual reality, and bringing their creations to life in a unique and immersive way.

Quill was developed by the Story Studio team at Oculus specifically to help create its third and latest VR short film Dear Angelica, an artistic and fully immersive story that comes to life right before your very eyes.

In an interview with TechCrunch, Wesley Allsbrook, the illustrator for Dear Angelica said the tool let her “paint in space and time,” which was a concept she had “dreamt about all of my life.”

Using Oculus’ Touch motion-based controllers, Quill allows an artist to have complete freedom from the traditional flat canvas of pen and paper, and paint directly in virtual 3D space. With the simple gestures and movement of their hands waving in the air, artists can create visually stunning representations of their work that is able to capture the true essence, and emotion of their creation.

Here you can see Quill in action showing how intuitive, and quick the artist is capable of creating their artwork, and the process of how fluid their creation evolves.

Quill now follows in the path of Oculus’ existing 3D sculpting tool, Medium, to become part of the company’s revolutionary suite of experimental creation tools. For now, Oculus has no plans to make Quill available to the public and is just built for its internal team of illustrators.

Will continue to bring you the latest details on Quill and Oculus Story Studio’s upcoming VR films, as more announcements are made.