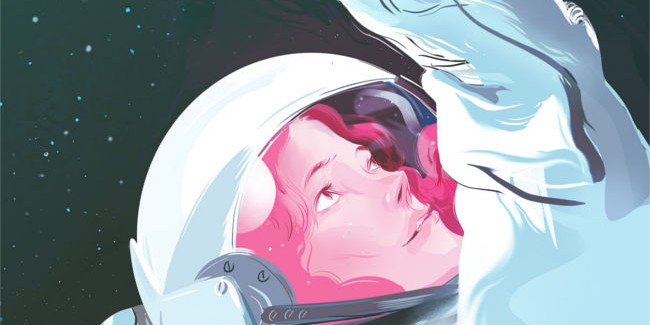 Dear Angelica is an animated short that tells the story of a teenage girl, Jessica, who looks back on the dreamlike memories of stories her mother told her as a child.

“As she recreates these vivid landscapes in her mind, you’re pulled into the magical and dreamlike worlds of her memories,” the Oculus team wrote in a blog post. “Everything in the film is rendered in real-time. When you move your gaze in VR, the scenes and characters come to life around you.”

This new VR film is unique in many ways, including with how the art style of the film was created. To get the deeply immersive, and illustrative style of the film just right, the Story Studio team built from the ground up a new internal creation tool, called Quill, that would allow the film’s illustrators “paint entire scenes in VR” using Oculus Touch hand controllers.

Dear Angelica marks the third film for the studio, following Lost and Henry and will offer not just an a compelling new story, but also showcase new techniques in immersive VR storytelling to the VR filmmaking community. Dear Angelica is slated to debut on the Oculus Rift later in 2016.