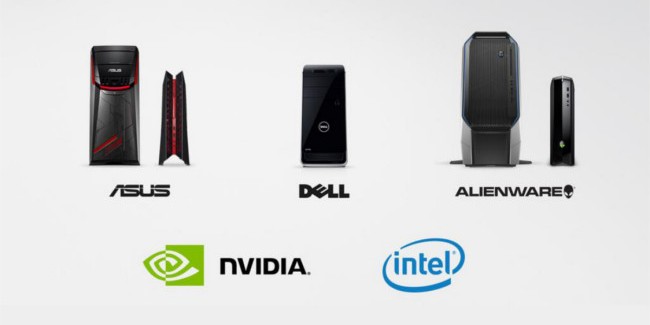 Oculus plans to ensure that PC hardware manufacturers offer the most efficient, and powerful hardware necessary to deliver a great VR experience to anyone that uses an Oculus Rift virtual reality headset.

Speaking at Oculus Connect 2, Oculus VP of Product Development Nate Mitchell took to the stage to announce the ‘Oculus Ready’ PC program along with a number of key hardware partners that include Nvidia, Asus, Dell, Alienware, AMD, and Intel to produce certified ‘Oculus-Ready’ PCs for consumers to purchase.

Based on the minimum spec requirements recommended to run the consumer Oculus Rift, you can expect each certified ‘Oculus Ready’ PC to include at least 8GB RAM, an Intel i5 processor, and Nvidia GTX 970 or AMD equivalent.

According to Mitchell, all ‘Oculus Ready’ PCs powered by Nvidia and Intel hardware will have a starting price point of less than $1,000.

No specific price for the consumer version of the Oculus Rift has been revealed yet. Stay tuned for more on the latest updates from Oculus, as it develops.