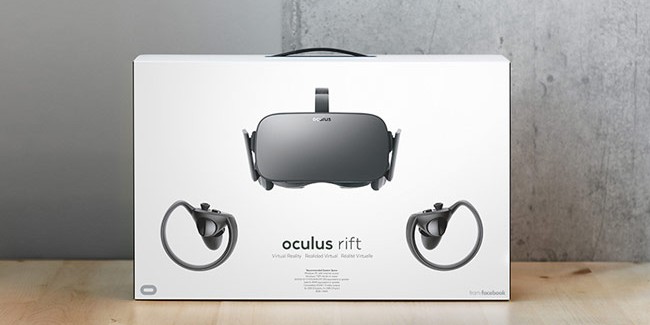 Earlier this week, Oculus announced a temporary price cut of its Oculus Rift headset and Touch controller bundle for just $399 as part of the company’s ‘Sumer of Rift’ sales event. However, now the company revealed that once the sale ends the bundle will receive a permanent price drop to $499.

The bundle package will include the Rift headset, a pair of Touch controllers, two sensors, and all the necessary cables—including six game titles: Lucky’s Tale, Medium, Toybox, Quill, Dead and Buried, and Robo Recall.

This is the second time this year that Oculus has slashed the retail price of its Rift headset and Touch controllers in an effort to make “PC VR as affordable as possible” for the masses and encourage more people to come to the Oculus platform. With the new Rift + Touch bundle price being $300 less than HTC Vive is currently, it puts Oculus in a position that makes the Rift a much better value against the competition.

Oculus co-founder and head of PC VR, Brendan Iribe, says that since the original Rift + Touch bundle sold out faster than expected, the company decided to accelerate the release of its new all-in-one box—which interestingly does not include the Xbox One controller and Oculus Remote as previously bundled. Iribe explains via Twitter that the removal of both the controller and remote is a way for the company to be able to reduce the overall cost, and states: “We’re focusing on Touch and wanted a new bundle that’s less expensive for everyone.”

The lack of a bundled Xbox One controller and Oculus remote moving forward should come as no surprise to many Rift owners, considering that Oculus has been pushing developers to create more, if not all, content on the Oculus Store to offer Touch support, which has become an integral part of the immersive Oculus experience.

Oculus ‘Medium’ 1.2 Update Let’s You Sculpt with Friends in VR