Oculus Rift is an Open Platform, 'Not a Closed One', says Luckey 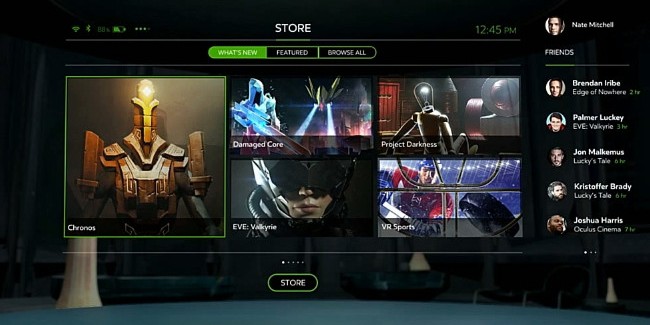 Oculus founder Palmer Luckey took to Reddit to address concerns from the community regarding claims that the company is taking steps towards designing the Oculus Rift to be a closed ecosystem.

The issue was raised when a thread on Reddit attempted to discourage consumers from purchasing the consumer Rift, following a recent report that nearly two dozen Rift-exclusive game titles are being funded by the company. This sparked a fury of speculation amongst Reddit users claiming Oculus is using “console tactics” to lock them into just one platform.

In response to the thread, Luckey explained: “The majority of these games would not even exist were we not funding them, it is not like we just paid for exclusivity on existing games – Making high-quality VR content is hard enough to do when targeting a single headset, trying to support every single headset on the market with our own content is just not a priority for launch.”

“Most companies would have done this as a 1st party software development effort, but we decided it would be better to work with existing developers who wanted to get past the bean counters and make sweet VR games.”

Luckey assured users that the Rift is being developed as an open platform, and “not a closed one.”

“You don’t need any kind of approval to make games for the Rift, and you can distribute those games wherever you want without paying us a penny,” he explained.

The consumer version of the Oculus Rift is set to launch in the first half of 2016. No official price has been announced at this time.

Microsoft confirms ‘Oculus Rift will Not Natively Work on Xbox One’