Microsoft confirms 'Oculus Rift will Not Natively Work on Xbox One' 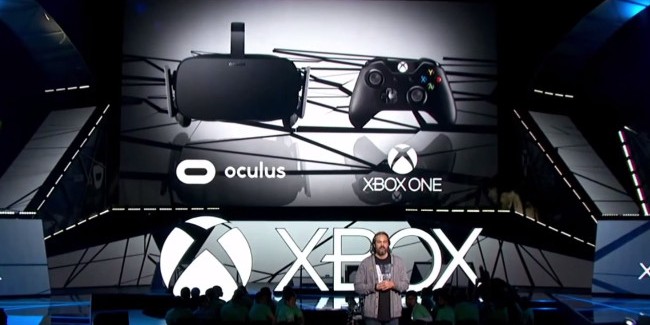 Earlier this week, rumors began to surface that the Oculus Rift virtual reality headset would work natively with Xbox One. Microsoft has now officially responded to the recent rumor in hopes of clearing up any confusion.

According to a report by Hardcore Gamer, Microsoft provided a statement in response to the matter stating: “To clarify, Oculus Rift will not work natively with Xbox One.”

“We’ve said that Xbox One will be able to stream games through Windows 10 to the Rift, letting you play Xbox One games in your own virtual reality cinema. This means you can play your favorite Xbox games on a cinema screen in VR — it will be like playing games in your very own theater. We have nothing further to share at this time.”

While Xbox One owners won’t have the bragging rights to claim the Oculus Rift onto their own system, they’ll still at least get to enjoy the added benefits of this partnership to stream Xbox One games via Windows 10 directly to the headset for a unique VR cinema experience—and perhaps, see some additional perks somewhere down the line in the future.

The consumer version of the Oculus Rift is set to launch in Q1 2016. No official price has been revealed yet. Stay tuned for more, as it develops.

Oculus Rift is an Open Platform, ‘Not a Closed One’, says Luckey