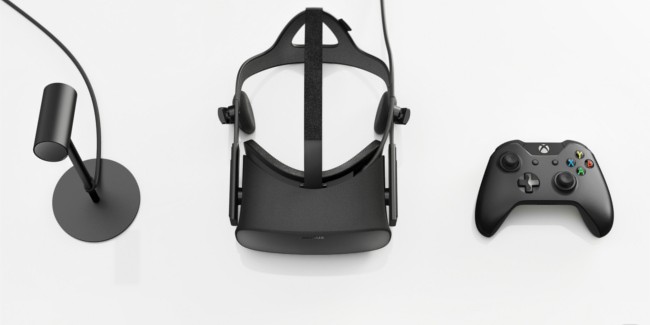 With the consumer release of the Oculus Rift virtual reality headset set to launch in the first quarter of 2016, Oculus seems to still be in the process of ironing out some of the final recommended system requirements for its consumer Rift headset.

According to a post on the Oculus Subreddit, a Reddit user by the name of Kontis spotted the change to the system requirements for the Oculus Rift, which originally needed two USB 3.0 ports, will now recommend a total of four USB ports—three USB 3.0 ports, and two USB ports—in order, to take advantage of the Rift’s hardware full potential.

Oculus founder Palmer Luckey replied to the thread, stating that the new USB port requirements assume the player is “using Touch and an Xbox One gamepad at the same time.” Earlier this year, Oculus announced a partnership with Microsoft to bundle an Xbox One controller with every Oculus Rift headset.

“Many people will be able to reduce port utilization with hubs, but your experience will vary by computer and hub,” said Luckey. “We want to be totally honest with the maximum-use scenario so people can prepare and not have to swap ports around depending on the game they play.”

The rest of the system requirements for the Oculus Rift remain unchanged, except the 64-bit Windows, which seems more likely to be a correction since a 32-bit system is not ideal for maintaining optimal VR performance.

The consumer version of the Oculus Rift is slated for a Q1 2016 release, and although no official price has been announced yet, it’s expected to cost more than $350. Stay tuned for more details on the much-anticipated launch of the Rift, as it develops.