Oculus Story Studio is Shutting Down 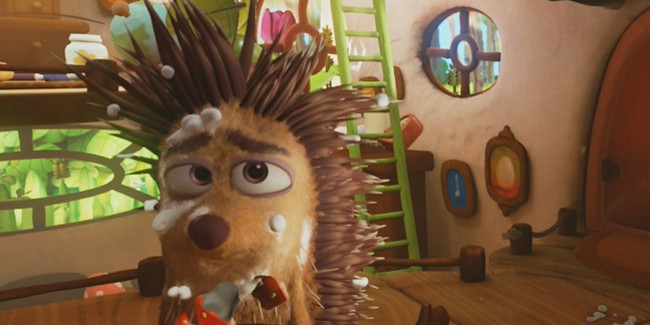 Oculus has announced that it will be closing its virtual reality film division, Story Studio. The sudden shutdown comes as a surprise considering the studio’s success and the impact it had on the industry since its founding in 2014. Oculus Story Studio was known for producing Emmy-winning short films like Henry alongside other highly-acclaimed pieces.

According to an official statement, Oculus VP of content Jason Rubin explained that the Facebook-owned company was shifting its focus away from creating in-house content to funding and supporting other third-party filmmakers and developers in an effort to jumpstart their production of new and innovative VR content and bring it to the market.

“We’re still absolutely committed to growing the VR film and creative content ecosystem,” Rubin wrote in a company blog post. However, “now that a large community of filmmakers and developers are committed to the narrative VR art form, we’re going to focus on funding and supporting their content. This helps us turn our internal research, development, and attention towards exciting but unsolved problems in AR and VR hardware and software.”

Rubin says that the company is also pledging $50 million from the existing $250 million VR investment to exclusively fund the production of non-gaming, “experiential” VR content. In addition, it will continue providing content creators with helpful resources like video tutorials, production and distribution tips, best practices for virtual reality development, as well as provide opportunities to connect with other industry leaders.

The studio’s closure comes as the team was in the process of producing its fourth major VR film project, The Wolves in the Walls, which the company confirms has now been canceled. About 50 people from Story Studio are expected to be let go as a part of the shutdown. The employees impacted by this will reportedly have the option of either leaving the company to pursue new opportunities in the creative community or applying for new jobs within Facebook.

Story Studios’ creative application tool Quill and its VR films already released like Henry, Lost, and Dear Angelica will continue to be available for download in the Oculus Store.