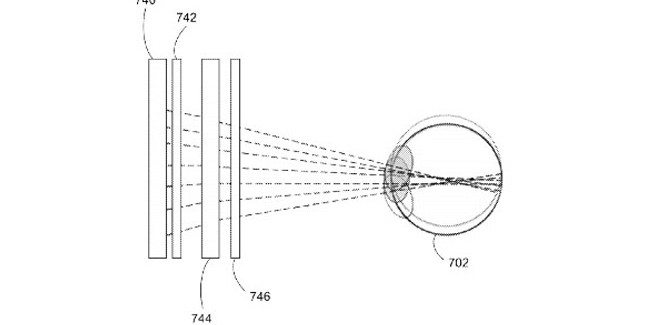 Oculus has been consistently filing new patents in its effort to lead innovation and enhance the VR experience on its platform. Just recently, we reported on a new patent from Oculus designed for hand-trackable virtual reality gloves. Now there’s a new patent published to take advantage of eye-tracking technology, as reported by UploadVR.

According to the patent application filed with USPTO, the Oculus Research and Development team has developed an eye-tracking system that is able to configure the distance between the device and the surface of the eye through a depth profiler.

It also contains a display device that is configured to show one or more images based on the position of the user’s eye. This seems to suggest that the display would respond to the direction where the user was looking.

The patent emphasizes the need for an eye-tracking system to be both compact and light, as well as accurate in order to enhance the overall VR/AR experience for the user. In addition, that should consume as little power as possible to ensure long battery life.

The importance of eye-tracking integrated with head-mounted displays is expected to play a significant role in creating immersive and intuitive VR experiences beyond just improved social and UI interaction. One of the benefits of eye-tracking technology is that it allows for an efficient way to improve the graphics quality of an experience through a process called foveated rendering. Essentially, this is a technique used to fully render only the focal point of a user’s vision at the highest resolution while simultaneously reducing the workload on the Graphics Processing Unit (GPU). As a result, the technology could also prove particularly valuable to Oculus’ upcoming ‘Santa Cruz’ wireless headset by enabling it to lower the required processing power needed to render scenes in VR. This patent was originally filed on December 30th, just two days after Oculus acquired The Eye Tribe, an eye-tracking startup company that was based in Denmark.

There is no doubt that this technology has the potential to have an impact on the future of VR and it will be interesting to see how and when Oculus may incorporate eye-tracking into its own VR headset to make it both more immersive and efficient.

Oculus Story Studio is Shutting Down