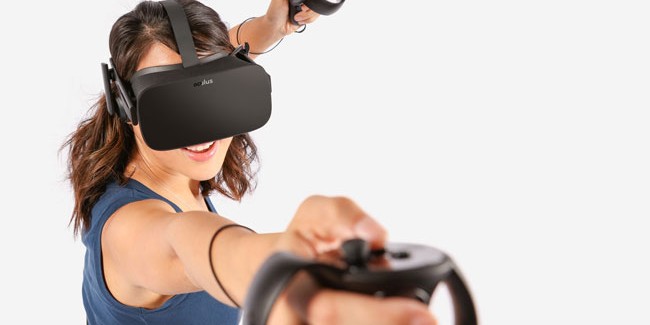 Oculus finally launched its long-awaited Touch motion controllers this week, and for many, the wait was well worth it. Oculus Touch offers Rift owners an entirely new way to experience virtual reality, which quite simply is how the Rift is meant to experience.

While the $199 price for a pair of Oculus Touch controllers has some preferring that it was a bit less expensive—the cost doesn’t seem to be holding many people back who desire that added sense of immersion. We’re beginning to see that in a number of positive reviews and initial first impressions about Oculus Touch from notable media outlets.

Below are some of the reviews others are saying about the Oculus Touch motion controllers:

“Oculus Touch is a beautiful and—as we’ll say again—elegant device. Your hands will feel right at home the moment you grip them.”

“Overall, though, Touch strikes a great balance between being full-featured and streamlined. It doesn’t load you down with inputs, but you’re not left grasping for options that aren’t there. It won’t reflect your hands perfectly, but it stylizes them in a way that feels intuitively correct.”

“Oculus Touch is the best VR controller made to date. Period. Its design is as close to perfect as we’ve seen and Touch has enough software between Oculus Home and Steam to keep you captivated for months. It performs perfectly in recommended setup conditions, and its finger controls should be a standard-setting innovation for the rest of the industry.”

“When you bring your hands into VR, intuitively reaching out to grab a tool or paint brushstrokes in the air, the virtual world becomes your reality. It’s a feeling that’s hard to describe — and if you haven’t tried it yourself, then do everything you can to experience this next level of immersion. You’ll soon realize, how in the world have you been Rifting without Touch in the first place?”

“If you have an Oculus Rift, the Touch controllers are an absolutely must-have accessory. With these comfortable and versatile controllers, Oculus has finally closed most of the gap with the competing Vive when it comes to providing millimeter-accurate hand tracking in virtual reality, and surpasses it in the dexterity of your virtual hands.”

“The Oculus Touch controllers sport best-in-class comfort, excellent tracking, and a number of intriguing, exclusive games to show off that potential.”

“Rift owners have had to wait patiently for hand tracking, but they’ll be glad they did. Where the Vive controllers struggled with complexity and an unfamiliar shape, the Touch controllers are intuitive, comfortable, and innovative.”

“The Touch’s haptic engine is also fantastic. Playing the 1v1 wizard-dueling game The Unspoken, I could feel how powerful my charging fireballs were by how violent my controller shook.”

“Oculus had one job: Bring motion controls to the Rift. With the Touch controllers, it managed to do that well. And, surprisingly enough, the company also proved it could make a damn fine game controller.”

“I’ve been impressed with the controllers overall. They combine with the Rift headset to make Oculus’ VR system the most technically impressive and pleasant to use of any virtual reality hardware currently on sale.”

“The Oculus Touch is a necessary upgrade for the Oculus Rift. Any Oculus Rift user that uses their headset regularly should drop the cash to pick up a set of Oculus Touch controllers. They’re not perfect, but judging by the amount of games and apps that work with them already, you won’t soon be able to do without them.”

“The Touch controllers enable the richest overall experience you can have in virtual reality right now. The tracking may still be better on the Vive but the enhanced ergonomics of the Touch controllers coupled with its diversity in control inputs gives it a strong advantage when it comes to gameplay.”

“If you already own an Oculus Rift, then yes, you should absolutely buy the Touch. $199 may sound expensive, but it’s a drop in the ocean compared to what you’ve already paid to get a VR-ready PC and headset.”

“Oculus Touch is a great method of control for VR, the game library is already somewhat overwhelming in terms of great games, and Facebook is clearly comfortable investing in its own platform to fund the creation of great VR content. It’s also a piece of hardware that will play seemingly all of its competitor’s games, and support for Vive titles played on the Rift with a Touch controller will likely only get better with time.”

“There’s nothing quite like hand presence in VR, and Oculus Touch delivers. If you own an Oculus Rift, Touch is almost a necessity to complete your VR gaming setup.”

In case you missed it, be sure to also check out our Oculus Touch review for more on our unboxing of this this must-have motion controller for the Oculus Rift.