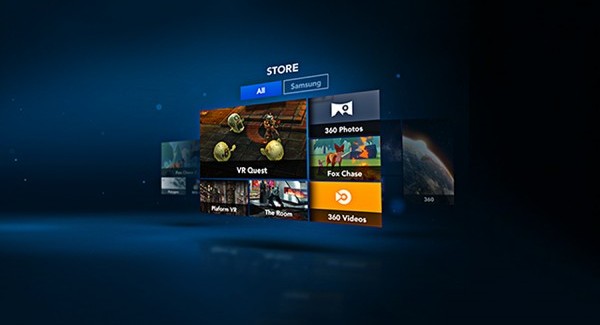 With the reveal of the new Crescent Bay prototype VR headset during the Oculus Connect developer conference already stirring buzz, Oculus VP of Product Nate Mitchell announced its plans to also revamp the current Oculus Share marketplace into the official ‘Oculus Platform’ — a centralized marketplace for developers to distribute and monetize their virtual reality content to users. Initially, the new Oculus Platform will debut on the Samsung Gear VR later this fall and will allow users to easily browse, discover and download a variety of games, apps, and entertainment experiences for their VR headset.

Oculus plans on releasing the new Platform as an immersive experience for virtual headset devices like the Rift, including making it widely available across popular browsers, and major mobile platforms such as Android, iOS, and Windows Phone.

Some of the apps that Oculus has developed will also be featured on the new Platform, including Oculus Cinema and Oculus 360 Photos and Videos where users can view panoramic content, and experience full-motion video unlike ever before in virtual reality.

Oculus will be releasing the full source code of its Cinema and 360 app as part of the mobile SDK to help developers get started creating content for Gear VR on the Platform.