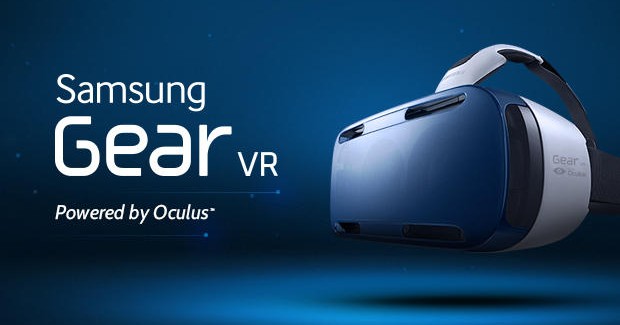 In a move anticipated by Oculus VR followers, both Samsung and Oculus VR have now officially confirmed the long-rumored collaboration between the two companies during a recent press conference in Berlin. The result of this partnership? A new mobile virtual reality headset powered by Oculus, the Samsung Gear VR.

“We are thrilled to reveal the Gear VR Innovator Edition, a state-of-the-art mobile VR experience powered by Oculus,” said John Carmack, CTO of Oculus in a statement released by Samsung. “The deep technical partnership with Samsung has enabled us to create a virtual reality headset with world-class resolution and performance, all on a completely mobile platform.”

The Samsung Gear VR takes full advantage of the Galaxy Note 4’s advanced smartphone capabilities to deliver a unique wireless and mobile VR experience. The Gear VR utilizes the 5.7-inch, Quad HD, 2560×1440 Super AMOLED display of the Galaxy Note 4 smartphone, making it a significantly higher resolution compared to the 1080p Note 3 display currently used in the Oculus Rift Development Kit (DK2). A 60fps pass-through camera is also featured, which allows users to view their surroundings while wearing the headset and potentially enable augmented reality capabilities. With integrated sensors built into the device users will immerse themselves in all types of media and gaming applications for a complete 360-degree 3D experience.

Finally, to sweeten the deal and show the potential of the VR technology, Samsung is offering the device pre-loaded with software and commercially-driven content with films like Pacific Rim and Avengers: Age of Ultron, in addition to games, such as Protocol Zero and Darknet as well.

While the Gear VR does have some technological limitations compared to the Oculus Rift which harnesses its GPU/CPU power from a standalone computer to deliver a greater sense of presence, the Samsung Gear VR is still very capable, and a step in the right direction on delivering an impressive mobile virtual reality experience.

Samsung has been vague regarding the price and official release date for the Gear VR, but reports indicate we can expect the release sometime before the end of the year. Stay tuned for more details soon.