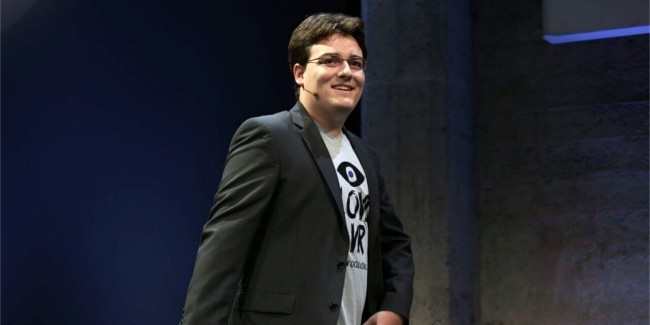 Oculus founder and Rift creator Palmer Luckey is among the influential guest speakers from the VR industry that will take to the stage at this year’s Tokyo Game Show 2017 (TGS), as reported by UploadVR.

According to an official press release from Vaqso, a Japanese startup company that recently raised $600,000 in seed capital to further the development of their odor emitting attachment for VR headsets, announced that Luckey will be one of the company’s featured speakers to discuss the future of virtual reality at TGS. Other notable speakers include Yoshihito Kondo aka ‘GOROman’, President & CEO of XVI Inc., and Professor Takuji Narumi of the University of Tokyo.

Luckey, for the most part, has maintained a pretty low profile since his departure from Oculus’ parent-company Facebook back in March, however, even though he has been out of the public spotlight for some time now, he still has a fairly active voice in the VR community via Reddit and Twitter. Hopefully, we will begin to see more of Luckey taking part in other public speaking events in the future.

The Tokyo Game Show is Japan’s largest annual consumer video game expo and runs from Sept. 21-24th. Luckey is scheduled to speak alongside Kentaro Kawaguchi, CEO of Vaqso on the second day (Sept. 22nd) of TGS, starting at 1:30 pm JST. For more information about Vaqso and their TGS 2017 booth, check out the official website.