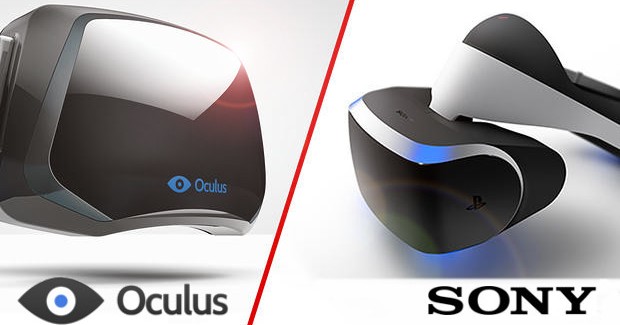 While it may seem Sony’s Project Morpheus VR headset is competing directly against the Oculus Rift, according to a recent interview with Bloomberg, Oculus CEO Brendan Iribe expressed quite the opposite.

“We don’t really look at them [Sony] as a competitor,” Iribe said.“In fact, I would say that we have a closer relationship to Sony than just about any other company with them being in the VR space also, and us all kind of evangelizing and trying to create the VR industry together.”

President of Sony Worldwide Studios Shuhei Yoshida also shared a similar response during an interview with Engadget at this year’s E3 2014. When asked about the relationship between Sony and Oculus, Yoshida responded by saying, “We’ve been very friendly…We know lots of people there in the company.” One example is Jason Rubin, former founder of Sony-owned studio Naughty Dog, who was recently announced as the head of Oculus VR worldwide studios, which Yoshida regarded as “awesome news!”

“Jason has been our friend and it’s good to know that Oculus has really good people in charge to, you know, invest in contents and really great VR content,” Yoshida went on to say, “So what they are doing is very inspiring to us. And hopefully what we are doing helps them to rethink some of the things they are doing. So we do lots of exchange of opinions. They invite us to try their stuff and we invite them to try our stuff. I think at this point everyone in this early VR movement is helping.”

It’s apparent for virtual reality to become a successful medium on a mass-market scale it will require some sense of openness, at least for now, from industry leaders, and developers to share knowledge and come together to overcome common obstacles that challenge everyone involved to deliver the best virtual reality experience possible for consumers. And hopefully, as these issues are solved we can expect new standards, and principles likely to become adopted by others, so the industry as a whole can move forward together—and in that case, everybody wins.