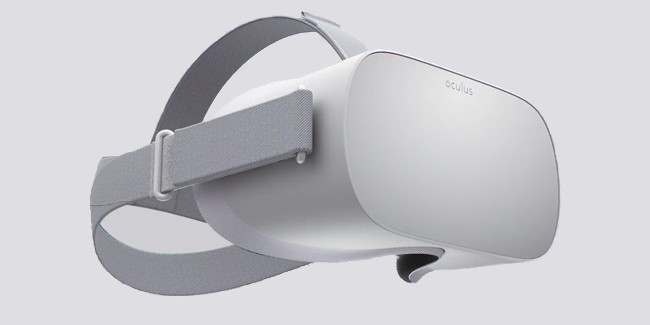 Oculus’ upcoming standalone VR headset, Oculus Go, has been named one of the best inventions of 2017, according to a new list of the top 25 inventions of the year released by TIME magazine.

The Oculus Go was first announced at the Oculus Connect 4 developer conference last month and will start shipping to consumers for $199 early next year. The headset, which won’t require a PC or smartphone to run, is said to be “hands-down the easiest way to get into VR,” according to Oculus head of VR Hugo Barra.

Oculus Go will feature a “super lightweight” ergonomic design, new custom lenses with reduced glare, and a “fast-switch LCD” display with a resolution of 2560×1440 pixels. It also has spatial audio built into the headset, which can be used without headphones. In addition, Oculus Go will ship with a 3DOF controller similar to the Gear VR and is fully compatible with Gear VR games and applications, which is important because it means Go users will have access to a vast library of immersive content right at launch.

Facebook CEO Mark Zuckerberg described the Oculus Go as the “sweet spot” between high-end PC VR and mobile VR, and is the company’s latest step towards achieving its ambitious goal of getting 1 billion people into virtual reality.

Oculus Introduces Three ‘Complete Your Collection’ Packs for the Rift