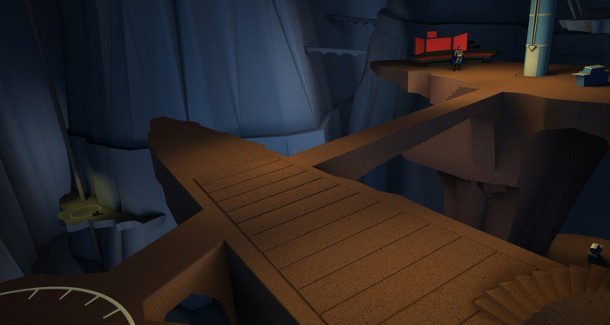 Ever wanted to experience what it’s like to roam around and explore Batman’s secret liar? Well, finally fans of the caped crusader will have their chance.

Warner Bros., DC Entertainment, and visual effects company OTOY are teaming up to recreate an immersive, narrative experience of the iconic Batcave based on the classic, Emmy Award-winning 1990s cartoon Batman: The Animated Series for virtual reality displays like the Oculus Rift, and Samsung Gear VR.

According to OTOY’s press release, the “interactive narrative experience will give fans the opportunity to explore Batman’s world like never before, allowing them to feel what it is like to be inside the show’s stylized universe.” The project will utilize OTOY’s OctaneRender and light field technology, also known as “holographic video“, to deliver exceptional levels of detail that can be viewed from any angle in the scene, and render real-time realistic dynamic lighting with only minimal processing power. An ideal solution for mobile VR devices like the Samsung Gear VR.

In addition, the team also announced its collaboration with Bruce Timm, producer of Batman: The Animated Series, to help ensure the Batcave recreation stays true to the look and feel of the original adaptation of the animated series with unprecedented detail.

“We are continuously exploring new and exciting ways to tell stories and share experiences with audiences around the globe, and we’re excited to be working with Otoy on this cutting-edge adaptation from ‘Batman: The Animated Series,” said Sam Register, president of Warner Bros. Animation.

“More to the point: It’s super-cool, eye-popping stuff, and fans are going to love it. We can’t wait for them to have the chance to see the Batcave from the show again — for the very first time.”

The VR Batcave experience is already in development and is expected to first be released this winter through the ORBX viewer app. No word yet on when the Oculus Rift and Gear VR version will be available.