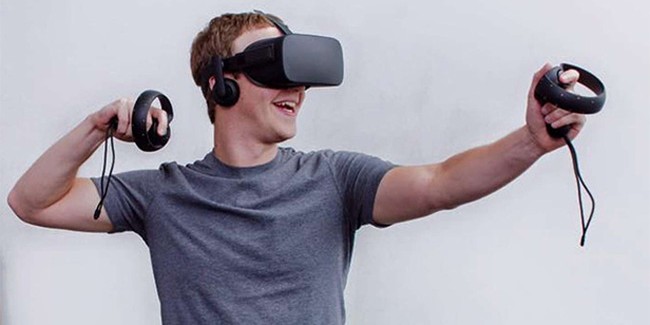 Facebook CEO Mark Zuckerberg took the stand in a Dallas federal courtroom today to testify in the ongoing legal battle between ZeniMax Media and Oculus over claims that the Oculus Rift virtual reality headset was based on stolen technology.

During his testimony, Zuckerberg unequivocally denied the allegations that Oculus stole ZeniMax’s intellectual property and expressed to the jurors that Facebook is “highly confident” that the technology powering the Oculus Rift is not based on any outside source.

At the center of ZeniMax’s lawsuit is Oculus CTO John Carmack, who previously worked for ZeniMax-owned id Software before joining Oculus in 2013. ZeniMax accuses Carmack and others at Oculus of stealing its trade secrets to develop the Oculus Rift and claims Oculus of intentionally destroying evidence to cover up wrongdoing.

Oculus and Facebook have denied these claims since the beginning when ZeniMax first filed the lawsuit more than two years ago, which came shortly after Facebook’s purchase of Oculus for $2 billion in 2014. On the stand, Zuckerberg subtlety pointed out the timing of the suit as merely a way for ZeniMax to profit off the success achieved by Oculus and the lucrative acquisition.

“It is pretty common when you announce a big deal or do something that all kinds of people just kind of come out of the woodwork and claim that they just own some portion of the deal,” said Zuckerberg. “Like most people in the court, I’ve never even heard of ZeniMax before. I know that our legal team would look into this and examine, but they aren’t going to take a lot of my time on something they don’t think is credible.”

Throughout the intense cross-examination, ZeniMax’s lawyer Tony Sammi pressed Zuckerberg in an effort to argue that Facebook rushed the Oculus acquisition, and did not do enough adequate due diligence ahead of the purchase to know of any alleged dispute between ZeniMax and Oculus.

Zuckerberg acknowledged that Facebook’s legal due diligence into Oculus’s business was conducted over the course of one weekend, however, he explained that Oculus was a much smaller company with fewer employees at the time and did need as much time for due diligence as compared to other larger companies acquired by Facebook, such as Instagram and WhatsApp.

Under questioning over how the Oculus deal came together, Zuckerberg revealed that in addition to the $2 billion purchase price of Oculus that was widely reported, $700 million was paid to retain key employees along with a $300 million earnout for hitting key milestones—bringing the total to $3 billion.

Zuckerberg also had an opportunity to share his thoughts on virtual reality and what it means for Facebook’s future. “We want to get closer to this kind of perfect representation, so you can capture a moment you had,” he said.

The trial is expected to last three weeks. Oculus co-founders Palmer Luckey and Brendan Iribe are scheduled to testify later this week.