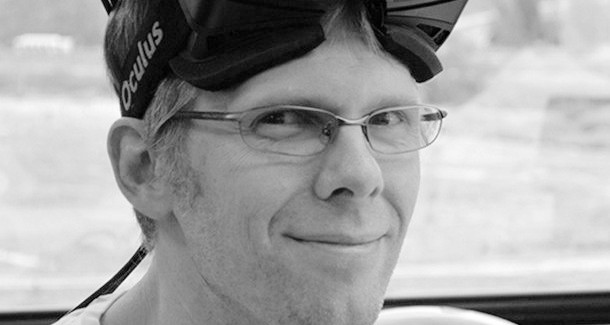 Oculus CTO John Carmack is one of the most respected and legendary game developers in the industry today. Nearly a week after the unexpected announcement of Facebook’s acquisition of Oculus VR, Inc., for $2 billion—Carmark finally expressed his opinions surrounding the Facebook deal, and the firestorm that followed from upset Oculus supporters.

In a blog post by chiptune musician Peter Berkman, Carmack wrote that he was “not personally involved in any of the negotiations” that took place behind the scenes with Facebook. In fact, the acquisition seemed to come as a surprise to Carmack. “I spent an afternoon talking technology with Mark Zuckerberg, and the next week I find out that he bought Oculus,” he added.

Some of the criticism suggested that Oculus was acquired too soon, however, Carmack argued that the potential of virtual reality was far too great—and it was only a matter of time before it would catch on. “The experience is too obviously powerful, and it makes converts on contact,” he wrote. “The fairly rapid involvement of the Titans is inevitable, and the real questions were how deeply to partner, and with who.”

“Honestly, I wasn’t expecting Facebook (or this soon),” he went on to say. “I have zero personal background with them, and I could think of other companies that would have more obvious synergies.” However, Carmack sees the deal as a good thing and has expressed he does have “reasons to believe that they get the Big Picture as I see it, and will be a powerful force towards making it happen. You don’t make a commitment like they just did on a whim.”

In his response to much of the criticism over Facebook’s data-mining practices and advertising policies—Carmack did not share the same concerns. “I’m not a ‘privacy is gone, get over it’ sort of person, and I fully support people that want remain unobserved, but that means disengaging from many opportunities. The idea that companies are supposed to interact with you and not pay attention has never seemed sane to me,” he wrote.

“Being data driven is a GOOD thing for most companies to be,” he added. “I have never felt harmed by data mining, and I rather like the recommendations that Amazon gives me on each visit.”

This concern seems to be at the center of much of the backlash. While data mining has the benefits of achieving unique, and creative interactions that enhance a user experience, the controversy surrounding the possibility of unethical data mining practices by companies is not easily dismissed. These are genuine concerns on the mind of many, and as new technologies continue to emerge that connect us deeper to simplify our everyday lives it is natural to expect this debate to continue at the forefront of a data driven society.

Regardless, of your stance on the issue, there’s one thing for certain, virtual reality is finally on the path toward becoming the next big platform. And a company like Facebook with its near-infinite deep pockets, and massive active user base, puts Oculus in the right position to bring VR to the masses on a global scale.