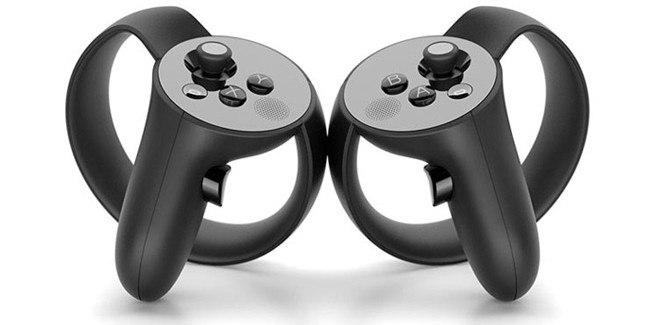 As we patiently wait for Oculus to finally reveal more information on its long-awaited Touch controllers, it appears one of its European retail partners might have accidentally jumped a bit too soon.

According to a listing from German retailer, MediaMarkt, the Touch controllers will be available to pre-order for 199 euros. That equates to around $225, though so we could see the final U.S. price set to $199. As for the release date, it’s apparently set to start shipping on November 21st, 2016.

The slated release date does coincide with earlier reports of a Q4 2016 window for Touch, however, some have expected the Touch controllers would perhaps be priced slightly less. If this leak is true, then a $199 U.S. price tag for a pair of Touch controllers, including an additional tracking sensor bundled in the box would put the total Oculus Rift package at the same price point as the HTC Vive, at around $799. However, this would mean Oculus is willing to lose its price advantage over the Vive in order to offer a complete and immersive VR experience.

Keep in mind, that Oculus has not confirmed the leak and there is no official word that this information is correct. Although, given the relationship between both partners and the fact that the listing was quickly removed suggests there could possibly be some valid truth to it all.

There is no question that Oculus Touch will add a tremendous amount of value to the overall Rift experience. Oculus promises to launch over 30 titles later this year to take full advantage of the new controller capabilities, and hopefully, we will learn more details at Oculus Connect 3 which takes place next month on October 5th. Stay tuned.