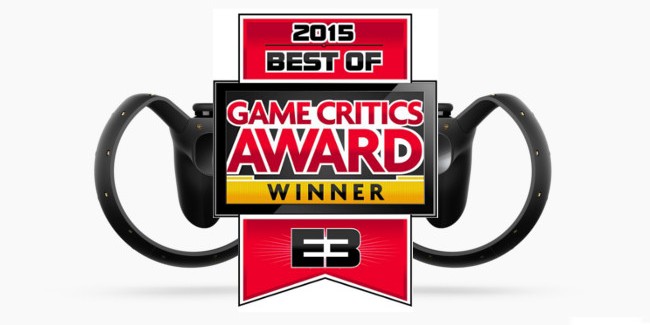 The Game Critics Awards for E3 2015, comprised of a panel of journalists from 38 different media publications covering the gaming industry announced the award winners of its “Best of E3” 2015 on Tuesday—and Oculus VR takes home the prize for ‘Best Hardware/Peripheral’ for its innovated VR input solution, the Oculus Touch.

Oculus debuted the Oculus Touch prototype for the first time during its special pre-E3 press event last month and offered attendees at E3 an impressive hands-on demonstration of the intuitive motion-tracking, and figure gesture capabilities of the new VR controller in action.

Upon receiving word of its achievement, Oculus graciously acknowledged its appreciation for the award via Twitter:

The Oculus touch is expected to ship in the first half of next year, following the early 2016 consumer release of the Oculus Rift.