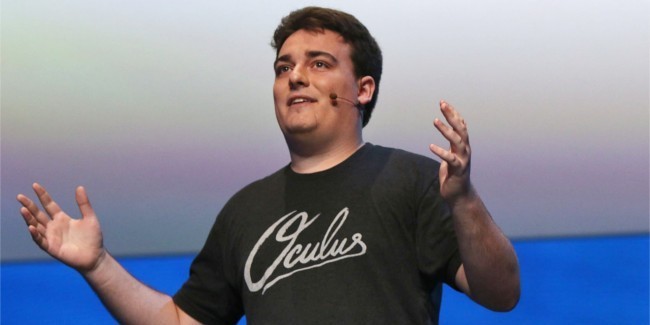 Oculus founder and Rift creator Palmer Luckey is making his presence known at this year’s Tokyo Game Show 2017. Shortly after it was reported that Luckey will be a guest speaker for Vaqso, a company that is working to bring the sense of smell to VR, it has now been revealed that he will also be speaking on HTC’s Vive stage at the event.

Luckey made the surprise announcement Wednesday on his Twitter account stating that he will be speaking to attendees from the HTC Vive stage during TGS and hinted that he thinks people will find his talk “interesting“.

Finally able to announce that I will be speaking on the @htcvive stage during Tokyo Game Show! I think people will find it interesting.

It’s unclear at the moment what exactly Luckey will be discussing during the presentation, but it’s certainly expected to draw attention considering it’s been quite a while since his departure from Oculus’ parent-company Facebook that he is set to speak on stage at a major video gaming expo. Plus, aside from the fact that the talk is presented by none other than Oculus’ competitive rival HTC.

Interestingly enough, HTC also announced significant changes to its company thanks to a $1.1 billion cooperation agreement with Google, according to Gamesindustry.biz. As a result of the deal, Google will acquire part of HTC’s mobile division team, while reports suggest that the new influx of cash to HTC will help the company continue to fund the growth of its Vive VR business and allow it to further invest in next-generation AR and AI technology.

Luckey will be among a group of special guest speakers featured to appear at Vive’s “Creators Talk Show”, which will be held at the TGS venue on Saturday, September 23th starting at 1:30pm JST. For information outlining the full TGS 2017 Vive booth schedule visit the official Japanese Vive website to learn more.