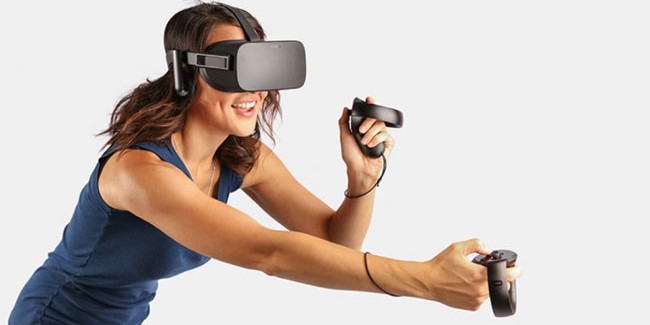 Oculus has just officially announced its full list of more than 50 Touch-supported games and apps that will be available on December 6th for the launch of the Oculus Touch controllers.

In total, there are 53 titles coming to Touch and the Rift ranging from games developed by small indie teams to major AAA studios. Among this impressive lineup are titles specifically designed from the ground up to take full advantage of the Oculus Rift’s new motion controller capabilities, while a few others were already in the Oculus store and are now getting updated to include Touch support.

Oculus also revealed its “fan-favorite” demo experience, Toybox, is getting released for free alongside the Touch launch, which promises to showcase “the power of social interaction in VR.”

“Toybox is one of the best ways to showcase the power of social interaction in VR. Light fireworks, play ping pong in zero gravity, and interact with a variety of gadgets and games with a friend—wherever they are,” an Oculus blog post stated.

The full list of Oculus Touch launch titles is below:

In addition, all Oculus Touch pre-orders will include free copies of The Unspoken and VR Sports Challenge. Oculus’ apps like Quill and Medium, as well as zombie shooter Dead and Buried, will also be available in the Oculus Store for free to all Oculus Touch owners on December 6th.