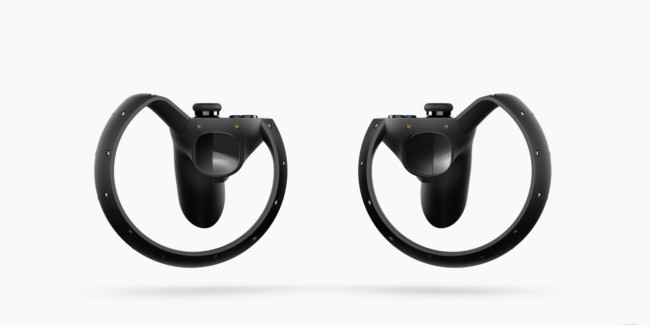 Early pre-orders of the Oculus Rift virtual reality headset are set to begin shipping on March 28th, 2016, and will come bundled with a number of additional goodies in box—including, a free copy of Lucky’s Tale, EVE: Valkyrie, and an Xbox One controller. However, the bundle does not include a pair of Oculus Touch motion-based controllers, which Oculus founder Palmer Luckey has expressed would “significantly raise the cost” of the $599 price tag for the Rift.

According to an interview with Business Insider, Luckey cited Microsoft’s own controversial bundle that included its body-tracking Kinect sensor at launch with every Xbox One console. The decision resulted in a much higher price point of entry for consumers, which the company later had to reverse in order to stay competitive. Luckey is making sure not to follow Microsoft’s old playbook, in an effort to avoid repeating the same mistake.

“That’s kind of one of the things that we looked at when we thought about bundling Touch,” said Luckey in the interview.

“Do we really want to bundle this thing that is significantly raising the cost, and making the barrier to entry higher, when a lot of people are going to say ‘Why did you bundle this stupid s—, I don’t want it.’ Now I might think it’s super cool and important, but a lot of people wouldn’t want it, and what we wouldn’t want to do is promise developers we were going to bundle Touch, get them worked up around building Touch games, and then say ‘Just kidding, we’re not bundling it.’ That would have led to fallout. So we’ve been kind of executing on the same plan for a long time, and we have an aggressive timeline, but it’s a realistic timeline.”

While Oculus has not yet announced a specific price or release date has been revealed for the Oculus Touch, the company has said it’s expected to be around the second half of 2016.