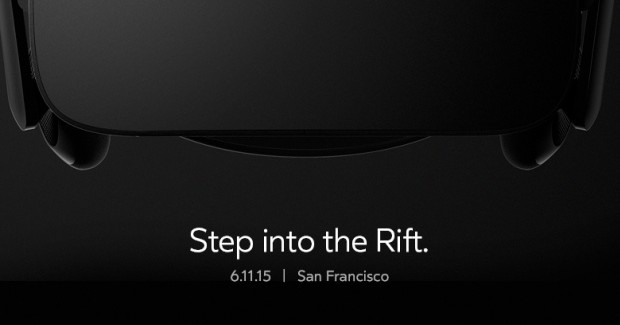 Oculus VR’s pre-E3 2015 ‘Step into the Rift’ press conference takes place in San Francisco today, June 11th, and will be streamed live to the world via the Oculus website and on its Twitch channel.

The special event is scheduled to begin at 10am PT/ 1pm EST, and should run for about an hour. Oculus is expected to reveal new details about its upcoming consumer version of the Rift, and hopefully a few other surprises, as well.

Last month, Oculus announced the consumer Rift will ship sometime in Q1 2016, as well as the recommended PC specs necessary to achieve the “full Rift experience.”

While plenty of information regarding the Rift’s official price, input controller solution, technical specs, and features, including a more specific launch date still remains a mystery, recently some ‘concept’ photos were leaked that got the internet buzzing. Stay tuned for more, as we bring you the latest from Oculus’ pre-E3 press event!