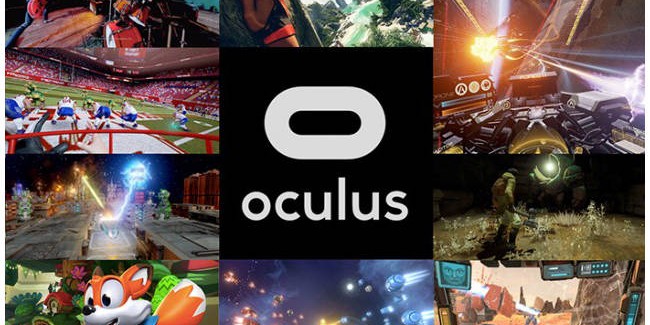 The first consumer Oculus Rift virtual reality headset is set to begin shipping in just a few short months, with pre-orders now available for $599. However, some are wondering if there will be enough VR games and experiences out there to play in VR to justify its high-end price tag. Well, the good news is, Oculus has been working with a number of indie and AAA game developers to ensure 2016 has a steady pipeline of exciting new content for the Rift.

During an ‘Ask Me Anything‘ session on Reddit Wednesday night, Oculus founder Palmer Luckey responded to a question about how many games are expected to be available for the Rift by this year’s end. According to Luckey, “at least 100” games will be available this year, including “over 20 Oculus Studio titles” and “many more 3rd party titles.”

The company has already confirmed that every Oculus Rift headset will come bundled with a free copy of the “made-for-VR” platformer Lucky’s Tale, including sci-fi space shooter EVE: Valkyrie.

Other titles have also been confirmed over the past year, including Edge of Nowhere from Insomniac Games, Chronos from Gunfire Games, Rock band VR by Harmonix, and The Climb by Crytek. Oculus says more titles will be announced soon.

Currently, many of the games developed for the Rift will utilize the Xbox One controller, which will come bundled with every headset at launch. It will be interesting to see how innovative, and more immersive these games will be as new technologies like the Oculus Touch controllers become available in the second half of the year.